Episode 082 : Brand Alignment from the Inside Out with Christopher Wallace 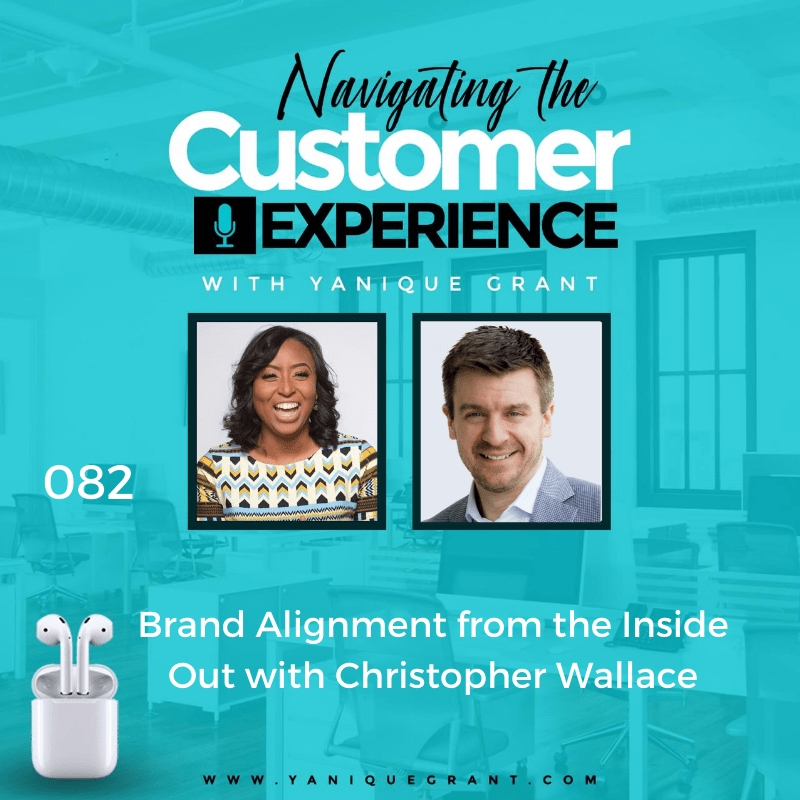 Christopher Wallace is the Co-Founder and President of InnerView, which is a marketing consulting firm that helps companies effectively transfer their brand strategy to their customer-facing employees and partners. Chris builds upon previous success as an entrepreneur in the sales consulting and coaching space, as well as his more than 15 years of sales, marketing and corporate leadership. Chris’ primary professional focus is to help companies better align the strategies of the board room with the daily execution at the front lines. Beyond his work with clients, Chris is able to apply his passions as a teacher and author. He has taught as an adjunct MBA professor at Temple’s Fox School of Business and has been published in outlets such as Harvard Business Review and Chief Marketer and is a contributor to publications including Inc.com and Forbes.com. Chris received a B.A. in Public Relations from Syracuse University’s Newhouse School and his MBA from Temple University. He lives in Villanova, PA with his family.

And was sort of an overnight entrepreneur, an accidental entrepreneur as he likes to call it. But what he was asked to do was to take some new products and new services that the company he used to work for was launching to their frontline teams, launching into the market, bringing to market to their customers and really help get their frontline sales teams, their customer service representatives, in a number of different teams really up to speed on what these things were.

But it was a lot less training and a lot more just dialogue, how to talk about it, how to position it, how to relay the value and sort of that opportunity being at that crossroads led to this career in really helping organizations to understand how to align the things that they want to bring to market their products and their services with the people who have to talk about them.

What is your promise?

That’s really what it comes down to.

What is the promise that you’re making to your customers?

What value do you bring to them?

What makes you stand out?

But the reality is people have personal brands, smaller organizations have brands and that brand simply comes back down to the what your promise is to the customer regardless of who your customer is and any organization needs to take the time to really sit down and figure out what that promise is before you go out and start advertising it or whatever the case may be. You have to understand really what it is and internalize it first.

Two thirds of marketers believe that their brands’ messaged, through their key brand story is breaking down between their office and the people to front lines.

So, they believe that there’s a misaligned message inside their company. People are telling, however, many different versions of that story, of that brand promise.

And if the organization promises one thing through their advertising and their marketing and they experienced something different when they show up, that’s a big problem for most brands. So, that’s really what we talk about with the dilution, it’s that gap between what is promised through external marketing and what the customer actually experiences.

What they found was it’s really twofold. The organization is attempting to sort of spread this story via the main methods they use are email and product training, those were the top two things that rose to the top of the list each time and how they asked them, they were really communicating and engaging their people.

And ultimately when they looked at the data, that wasn’t driving results, that wasn’t driving alignment, it was a set of other tactics that were really driving the companies who were good at this to be successful and just sending things out via email or doing a product training that’s not going to drive the customer experience that you want, it’s not getting through, it’s not cutting through the noise.

So, he thinks that on one hand you have the organization who’s probably not doing as much as they should to get it downstream and get the message out to their front lines and then you have the people, the front line to use the phrase disillusion, he doesn’t think they’re disillusioned.

He just thinks that their organizations have failed to equip them in an interesting and compelling way. And he thinks that people at the front lines, whether you’re on the phone, in the retail store, whatever that looks like, you need to be engaged in a new way, you’ve got a lot of things being thrown at you and if the organization is not treating you as a consumer of the information and just treating you like kind of a link in the chain, then that dilution is bound to be there.

Yanique stated that basically you’re kind of reinforcing the fact that customer experience starts from within.

Yanique asked – Do you have any statistics, I know you said you used Focus Vision was the name of the company that does insight intelligence. Do you have any research that pretty much supports the ratio of how much companies invest to market and advertise per year versus how much they invest in training and development and customer experience training?

Christopher shared that they don’t specifically on that, but he can tell you this, when they asked the executives in their study, what they thought the value of a consistent brand message was. So, they asked specifically for those people that thought that their organization was pretty well aligned in their brand message throughout their company, what was that worth to their organization? 62% of those people valued it at more $10 Million Dollars annually.

Yanique stated that not because they’re not measuring it doesn’t mean that there isn’t something slipping through the cracks.

He doesn’t think it’s that hard, every engagement that they do, they focus on very tangible revenue based metrics around just improving the quality of the interaction between the frontline team member that what they call a brand representative and the customer. If you improve their ability to tell your brand story, you are going to earn more business and if you just measure it the right way and you look at the right metrics, it’s not that hard to quantify.

Yanique asked – Do you think there’s one question that you think all companies should ask their customers about their experience?

Yanique shared that that’s a very good question, bills a lot of introspect for you to really think about the individual or the company or the set of people that are representing you and the platform that they are representing you on and are they really telling the story that how you built it to be told.

Yanique reiterated – So, listen to the person that you’re speaking to whether it’s your team member or your employee and after listening, you need to ask really good questions to understand what they want and where they’re coming from because those things will help you to be more developed in figuring out what is motivating them, which nine out of 10 times is not only financial.

Christopher 100% agreed and stated that there is such a huge misconception that people are, as they say, coin operated. You put in another quarter and people will do what you want them to do. But the reality is, the intrinsic motivation is much higher. When people talk about engagement and engaging employees and things like that, he doesn’t think most people know what that actually means. Engagement is that people feel part of something, it’s that they feel like they’re part of the process, they’re part of the mission, they just want to feel like the work that they’re doing is impacting something bigger and they want to feel like it’s happening with them, not to them. And the best way to build that relationship and that trust is start by asking them things and asking their point of view and genuinely being curious to hear the answer. It can’t be, it can’t be an outcome in mind, and it has to be with true curiosity. 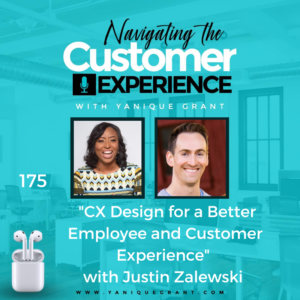 Episode 175 : CX Design for a Better Employee and Customer Experience

Justin Zalewski is the Director of Product Design and Strategy at Studio Science. He leads a team of talented product designers and works with clients to 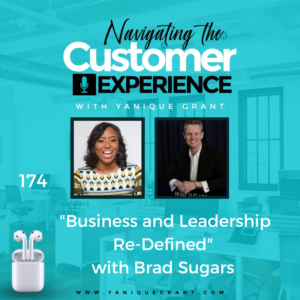 Brad Sugars is internationally known as one of the most influential entrepreneurs. Brad is a best-selling author, keynote speaker and the number one business coach in 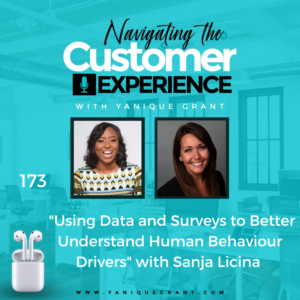 Sanja Licina is here to discuss with us all of the wonderful things that we can help you to master your customer experience. Her goal in 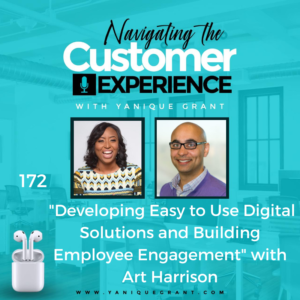 Art Harrison is the Co-Founder and Chief Growth Officer at Daylight. He’s an experienced entrepreneur and leader with over 20 years of experience developing and delivering