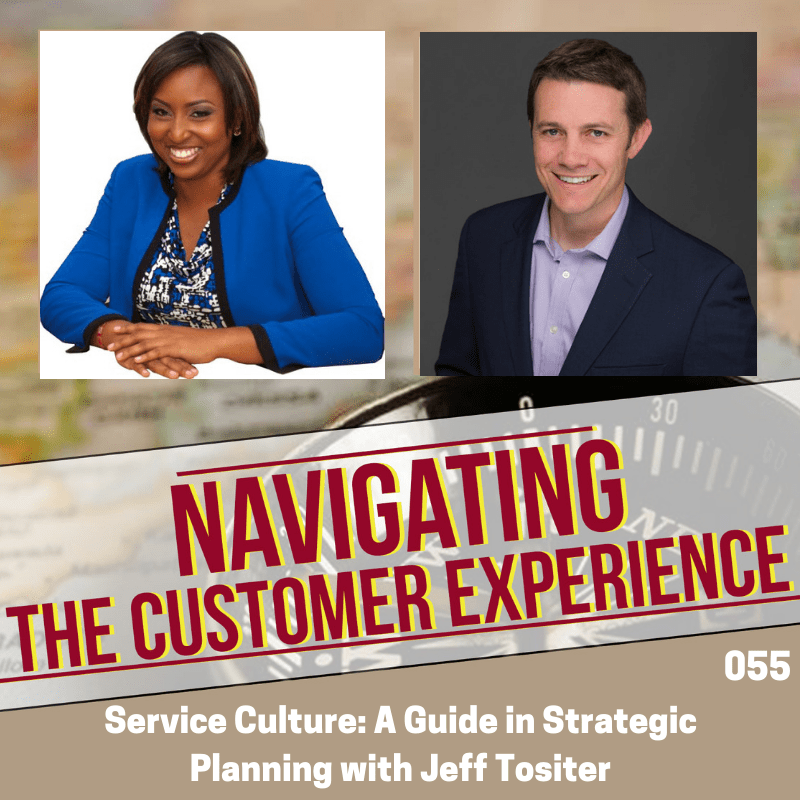 Jeff Toister helps customer service teams unlock their hidden potential. He is the best-selling author of The Service Culture Handbook: A Step-by-Step Guide To Getting Your Employees Obsessed with Customer Service. More than 140,000 people on six (6) continents has taken his video base training courses on LinkedIn Learningaka Lynda.com. Jeff’s 15 training videos on LinkedIn Learning include Customer Service Foundations and Leading a Customer Centric Culture.

Jeff holds a Certified Professional in Learning and Performance (CPLP) certification from The Association for Talent Development.

Yanique stated that she finds it interesting that it was a not so positive experience that propelled you into this because as a consultant that many times when a customer becomes loyal to business, if you track back the root cause, it’s usually a dissatisfied customer who dealt with an employee who was able to turn the situation around and just because of how it was handled, now every time they come back to that business they only want to deal with that particular employee, they’ll even wait sometimes if they’re on vacation to come back from vacation to transact business with that company and it all came out of a negative experience.

Jeff mentioned the “Peak-End Rule” (Psychology Term), he stated that it explains what Yanique said is true. It’s about customer perception or perception in general that we tend to not notice things that are normal. We tend to notice things that are different than normal and what really stands out is the thing that is most different and so the bad experience if you kind of think of that as the heartbeat of customer service, the bad experience is kind of like this really bad deviation from our normal experience and then a really good correction, really good fix is a huge difference. So, it stands out because it’s such a leap from a horrible experience to this great experience, it becomes imprinted in our memories and that’s the peak part, if it’s the last experience we had with that organization or that person, that really gets imprinted in our memories. So, the Peak End Rule kind of explains why that big gap, it’s so true when we recover from a bad experience, that’s what really sticks in our customers’ mind.

Yanique agreed that he tries to look at a very practical, operational way that any business, even if it’s a small business with just 5 employees would be able to extract that information and run with it in their own company.

Jeff stated that even a team because one of the biggest questions he gets is that people say, “I read the book but I’m not the CEO and I don’t even think my CEO cares too much about service, she says it important but I know she really cares about the budget.” And that’s fine, you can still use the book. He has examples in there with specific teams or departments, so whatever the size, whether you’re the CEO or you’re just leading the small team within a bigger company, the goals and the ideas that you can use these tools to create a service culture in whatever you control.

Yanique agreed and stated that in her process of dealing with some businesses this week, she called a company that deals with cooking gas and their office is not located in the city, it’s located on the outskirts of the city so it’s a 20-minute drive and she asked them if didn’t have any other mode of payment because she told the sales representative before they came that she will be paying by card and she specifically requested that the gentleman coming brings the card machine. He comes and he didn’t bring the card machine and of course he now informs her that she needs to drive all the way to the location to make the payment. So, she called them and said, “Can the payment be taken over the phone?” “Oh no, we just changed out our card machines and that’s not possible anymore.” Yanique called and ask them, “Do you expect me to drive 20 minutes outside the city just to get to you to make a payment for a service that you provided, I think you really need to talk to your finance department and think about a more customer friendly way to accept payments from your customers.” And it’s interesting because they were voted one of the best customer service organization in their industry and that left a bad experience. Even when the guys came, the service was good but then the payment part is a part of the service as well.

Jeff agreed and stated that whenever that happens, he always wonder why does it happen and is it that the person doesn’t want to do their job, sometimes but often it’s that they are put in that position or no one shared with that driver that Yanique had had that communication or that driver was specifically told, “We’re not doing cards so this is what you have to tell people.” Those employees are often put in a bad position where they almost can’t win.

Yanique agreed that with the point that even though they’re not focusing on culture, every organization has a culture but is it the culture that they really want and so if you don’t have intentionally activities, whether it be meetings, conversations, group outings, strategies built around what you’re trying to achieve, then the culture will emerge on its own. And so, you’d have a culture you don’t want all because there was no intentional act but not because you didn’t put any attention there doesn’t mean it’s not formed.

Jeff mentioned that often when you don’t put the intention there, it goes in the direction you really don’t want it to go.

Yanique mention that the take away from this interview is culture is not something that just doesn’t happen, it happens even without your intentional behavior behind it, it’s going to manifest and this is why you really have to intentionally work towards the culture you want. It’s like eating because we have to eat every day but if we don’t intentionally make an effort to eat healthy then we’ll eat anything and of course the body will just consume whatever you put inside of it and if you’re consuming negative thing then it will lead to disease and chronic illnesses versus taking an intentional approach towards eating, ensuring you do your meal preps, you exercise 3 to 4 times a week, you’re getting 8 to 9 hours of sleep per night, those are things that are intentional activities you schedule into your life to ensure it’s done every single day.

In reference to Yanique’s question if motivation affects attitude or attitude affects motivation. Jeff stated that he is a big sports fan, so the team that’s winning, are they because they are motivator or are they motivated because they are winning. He thinks success breathes that and those two go together. Doing well, we feel good, we’re motivated and if we’re not doing well we feel bad with a bad attitude, we feel demotivated. There’s a concept called, “Learned Helplessness” that a lot of employees’ experience. What it is that over time they feel like they failed trying so they just stop trying. It gets really bad is a lot of times they stay in the same job, not every job is right for every person and so they’ll stay in the job or maybe they have those bills to pay and they don’t feel like they have another good option and so they kind of give up but they keep coming to work everyday and that makes it so much worst because it’s defeating.

Yanique mentioned that in most of her workshops towards the end of the session, she always explains to the participants that the customer is always right literally is not a true statement because there are times when the customer is wrong but what we should be guided by is the principle that as employees, we are not here to prove the customer wrong, we are here to help them, they are wrong but we are not here say, “Hey Mr. Customer, you’re wrong and we are going to punish you.” But more like, “It’s okay, let’s work back to how we can undo what’s happened and find a solution so that you can leave here feeling good, let’s make this right.”

The Service Culture Handbook: A Step-by-Step Guide to Getting Your Employees Obsessed with Customer Service by Jeff Toister 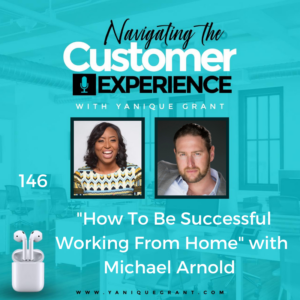 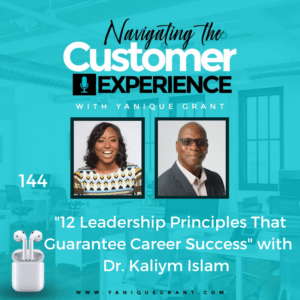 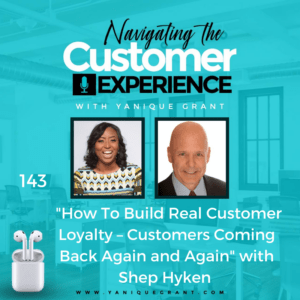