Episode 052 : The Customer Isn’t Always Right – “How Do We Servespire?” with Jeffrey Azan

Before Jeffrey became the founder of Select ‘n’ Start on a mission to help make Jamaica, and the world a better place, he was and still is many other things. He is a Businessman, Entrepreneur, Martial Artist, Toastmaster, and Game Changer are just a few of the titles held by Mr. Azan. He possesses over 18 years of experience in the retail industry having been raised in his family’s business, Azan’s. Upon completion of his Bachelors in Business Management at Boston University, he stepped into a top tier management role as a Director for Azan’s and served in that position for 6 years. In his own right he has also been a franchise owner in Organo Gold, and Amway, a café owner under the brand Café Moments, a consultant on the Brand Profit team, General Manager of the brand solution company, It’s Pixel Perfect, and the organizer of the live music show, A Moment of Jazz. Jeffrey currently spends the majority of his time working through his passion for the development of others in an effort to see a better Jamaica and a better world. He does this by providing motivational keynote speeches, group skill training, and one-on-one coaching. He founded the self-development brand, Select ‘n’ Start back in 2013, with a vision of it becoming the number one personal development brand to be birthed out of the Caribbean. The brand has taken to titling its coaches and speakers as “Game Changers” which is a title Jeffrey holds proudly. His motto is a simple one, “Change your game, Change your life.”

Yanique stated that what she took most away from all of what Jeffrey said was that we’re all emotional beings regardless of where we are from, regardless of our background and at the end of the day, if we all look at each other as people with the same level of feelings and emotions that the customer would have, that the employee would have, that the employer would and employ that level of understanding to really see where the other person is coming from, treat them with the same level of courtesy and respect that you would treat anyone else, the quality of our relationships would improve which by default would improve customer experience.

Jeffrey stated that in Select ‘n’ Start, what they tell people they provide is motivation, inspiration and personal development and at the very root of it all, that is what it is. He stated that he cannot serve you if he’s not willing to connect with you and what you’ll recognize as humans is that we’ve grown this very disgusted outlook of a sales person because we feel like a con is coming and yet the greatest sales people in the world are some of the best humans he has ever come across. They take the time to build that relationship and in building a relationship, he has had a customer who bought nothing when they came to buy, they took 3 hours of his time and he genuinely thought it was wasted, the next time they came to the store, they came with their entire community and they only wanted to deal with him and that happened because they had a connection, he asked about the family, he asked about the home, he wasn’t just providing a product but he wanted to really understand what he needed and in understanding what he needed, he could make suggestions, in fact, there was a particular item that they had in the store at the time but based on the situation that he was in and he explained and he told him where he could get it cheaper and he couldn’t believe that he was sending him out of the store and because of that one comment in trying to help another human, he brought the whole community and he said, “What ever the prices are in here, this is where you should shop.”

Yanique shared that she did business with a company recently and the sales representative took the same approach. He said, “We don’t have that item at the moment but I know that this particular organization has it.”And he took up the phone and called them and sent her to someone specifically after calling and telling them to expect her and she thought that was really awesome because it wasn’t a branch of their business, it was a completely different company, their competition and he was willing to ensure that she got served, even if it meant her going to the competitor and she really appreciated that and she would go back again because of that experience.

Jeffrey stated that once he acknowledged that…that was his calling, he has never not been able to take a step no matter how poorly, demotivated, no matter how much in the hole he is, his finances at some points are abysmal, you look at the books and go, “Jeez, how am I going to get out of this one?” and all it really is, is a challenge to say how bad do you really want it and what happens is a lot of us are pursuing goals and motivation that we don’t really want, we are not answering our true calling and the thing is, if we answer our true calling, we’re happier, we’re going to find other people interesting in it and if we do it long enough, you’ll become experts in it and people will pay for our expertize, it has been proven time and time again as abstract and as cliché as it sounds, it is not easy, if it was easy and Eric Thomas says this all the time, “If it was easy, everybody would do it.” So he’s not going to jump up and say it’s easy but he is going to say, everybody can do it, it’s can you dig into that grit to push through the challenges because life is going to consistently ask you, “How bad do you want it?” And that’s what gets him going in the morning; it’s that inspirational thought that he searched 17 years actively looking for, unfortunately many people haven’t even spent half an hour looking for it. 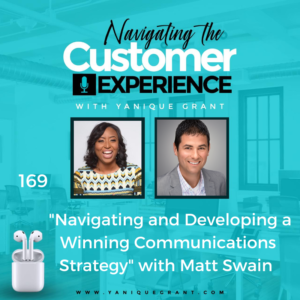 Matt Swain is a recognized Customer Communications Industry Thought Leader. From delivering keynotes around the world to defining best practices, hundreds of well-known companies have relied 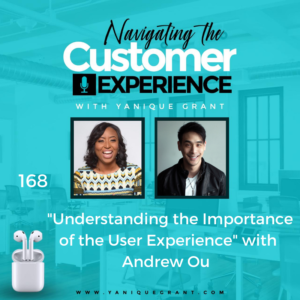 Episode 168 : Understanding the Importance of the User Experience

Andrew Ou is an award-winning UX strategist, designer and author based in Vancouver, BC. He helps SaaS companies increase their revenue and profitability by reducing 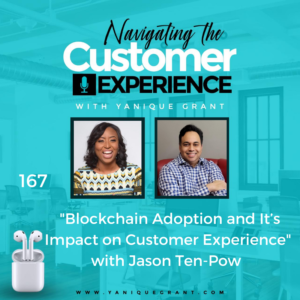 We have a return guest Jason Ten-Pow. Jason was on our podcast last year September and he has returned. Jason is the son of immigrants, moved 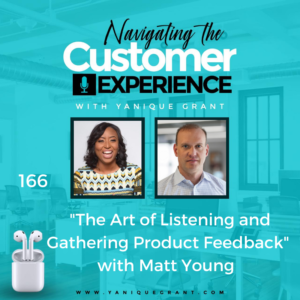 Episode 166 : The Art of Listening and Gathering Product Feedback

Matt Young is the CEO of UserVoice, the first (and we think best!) product feedback and research tool for software companies around the world. Matt started

PrevPreviousEpisode 051 : A Holistic Approach to Image Consultancy and Personal Development with Daniel Edwards
NextEpisode 051 : A Wellness Approach : Leading From the Bottom with Sheree MartinNext