Episode 025 : Defining Your Results Statement and How to Woo Your Customers with Asa Leveaux

Asa Leveaux is fiercely committed to guiding entrepreneurs to achieve result-based transformations; he activates the genius in their minds and in their money, he also trains them to know that they are the answer to someone’s prayers so they can possess an existence that is saturated in apossibilities.

If you are looking for a proven expert who can guide you to address what is blocking you from your true success, to locate where your genius can best be nurtured and how to reside out of the box, you have met the right person. Mr. Leveaux has over a decade of organizational experience working with amazing clients, customers, employees and decision makers while guiding them to achieve remarkable success. His mission and commitments are to take you from your level of bull and give you the tools and resources that will support you on your journey to blissful success.

Asa stated that I am Woman Enough book lead him to write his third book called “I am Man Enough: 365 Affirmation for Men” and the reason he wrote that because men sometimes, more often than not, get the bad end of the stick as far as blaming the world, so men are responsible for so much bad to the point that they are not seeing anyone taking a role their empowerment, just because you are the majority in certain spaces does not mean you do not need empowerment, just because you have a preconceived notion of power. That is the reason he wrote that book.

There was a time when he was involved with someone in a relationship with someone and they were coming up to their one year anniversary and he wanted to give her something from the heart, not because he was being cheap but because that’s something she valued and it’s important to understand what your partner values, just because the last person liked flowers doesn’t meant the new person likes flowers. He was writing out all the reasons why he loved her and he was placing them in a box to look like a treasure chest and people were passing his office and seeing the project and said I should write a book about that and I said “What do you want me to do? Make all these reasons for her and give it to every woman?” They said exactly and that’s what he did. He created a workbook for couples called “365 Erotic Reasons Why I Love You” He is meeting a need, when your customer is saying they have a potential need; meet the need, that’s called research and development.

The first book he created was based on his desire to hire more people that look like him, he was 23 years old with three different businesses and Oklahoma wanted to hire more black people and all of the black people that were showing up to him were usually very young, even younger than him and they didn’t have the necessary skills not just to get in his door but to get in any door. When he talked about this to other entrepreneurs in his community, they were experiencing the same thing. So he wrote a book to help them, the book is entitled “Why I Won’t Hire Black People: Racial Profiling for a Reason”. He stated that when you are writing books, it’s important to research your genre of book, he understood and was very specific, he was going for African Americans in the workplace and he started to look at books that were already doing that so he was reading books like “Black Faces in White Places” or “What It’s Like To Be Me” or “To Be Black In Corporate America.” “What could I do to ensure that people would react, create an emotion in people that would allow them to take action?” In his experience, the real true emotions that will …. are sexual and anger. When you are angry about a book or the content or even the person who wrote it, people tend to take more actions by obtaining more evidence of why they hate the person or why they hate the book, which is why he created it. Another thing he wanted to show them subconsciously is that a lot of times he is hit with “I shouldn’t be judged by what I look like if I am trying to be hired as a black person” and he would say “you are right, however, you are judging my book by its cover by not wanting you to be judged by yours”. It is a lesson within itself. The books are available on Amazon and his website – www.asaleveaux.com

Yanique mentioned that she did an interview with Jay Baer Author of “Hug Your Haters” and he said from research, one of the number one things that customers want is speed. The quicker and easier customers can access you online the better because nobody has time to be digging and going through different pages just to find one thing.

Asa mentioned that also with name, everybody’s name does not convert well in a podcast or any other auditory format. For instance, his name is Asa Leveaux, some people don’t know how to spell his last name, Asa is easy but why would he make that his potential customers’ problem of finding that out. Even though he has www.asaleveaux.com, he also has a www.lifewithasa.com. So he rarely says go to asaleveaux.com on auditory format but he will say it on a written but to say it out loud, he would usually say go to lifewithasa.com and they all point to the same website.

Asa stated that the Entrepreneurial Playbook has different course within it that they get to have access to so for instance, if you want to know how to publish your book, it’s there. If you want to sell your book on Amazon, it’s there and if want to sell period, it’s there. Marketing, how to operate your business, financing and speaking, it’s all there. There are eight courses that you get in the Playbook and you have access to all of them.

New Online Course – Mastering Customer Experience and Increasing Your Revenue – 50% off for all who sign up in by October 31…..A Must Have Course for all Business Owners, Entrepreneurs – https://bit.ly/50OFFMCXIR 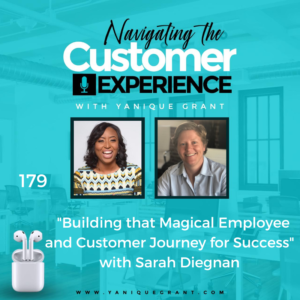 Episode 179 : Building that Magical Employee and Customer Journey for Success

Sarah Diegnan is ChartHop’s VP of Customer Experience, after leading implementations at Acuity Brands, Opower and Oracle, she brings operational excellence to creating and delivering a world class 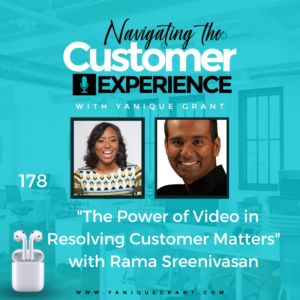 Episode 178 : The Power of Video in Resolving Customer Matters

Rama Sreenivasan is a co-founder and CEO at Blitzz, a live remote video support and inspection platform. Rama has led the company through its initial inception launch 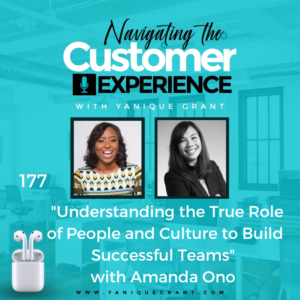 Episode 177 : Understanding the True Role of People and Culture to Build Successful Teams with Amanda Ono

Amanda Ono has spent her career learning to maximize a company’s most valuable investment – it’s people. Boasting over 20 years of international experience in organizational 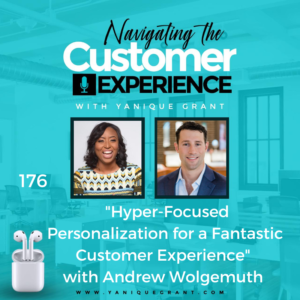 Andrew Wolgemuth founded Wove to recreate the way couples buy engagement rings in a highly traditional and outdated industry. Andrew grew up in an entrepreneurial environment

PrevPreviousEpisode 024 : Being Authentic…Walk Your Talk with Paul Brunson
NextEpisode 026 : Focus on Your Customers and Employees as Individuals with Emilie ShoopNext